Top 11 Tips to Save on Food

As a member of Quora, I was so pleased with this answer from Keith Shannon, I asked permission to share it with you.  Some great ideas to a common problem of spending more money than you have on eating out with friends.–Judy Helm Wright

Saving Money (frugal living): What is the best way to save money on food?

Keith Shannon, Got straight As in accounting and economics in college.

1. Learn to cook. Eating out is a very expensive way to live, especially if you're eating correctly (aka not Taco Hell or McGreasy's). Anything you can have served to you at a table, you can cook yourself for as little as a third the cash cost, especially on carb-heavy meals. A steakhouse will likely be able to beat you on food cost for various steak cuts, as they buy a lot of cow, but Italian places sell you about $3 worth of spaghetti marinara for $10 plus tip just because they cooked it and you didn't. 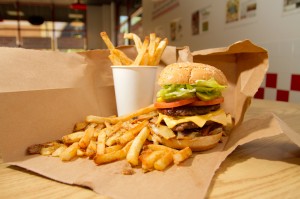 Going out to eat can really add up.

2. Pool your resources. The economics of eating out do make some sense for a single person fending for themselves (provided the menu is reasonable). However, it doesn't take twice as long to cook food for double the people, and unit costs also decrease when buying most things in bulk (though be careful; the larger container isn't always the cheaper), so there are large efficiencies to be gained by pooling 5 people's grocery money and having one guy cook for all of them. So, make friends with your neighbors, or find a roommate (or a significant other), and team up. Potlucks are a good idea if you want to have everyone divide the labor and rotate hosting the thing, as long as people coordinate and change things up from day to day or week to week.


3. Plan your meals in advance. If you don't figure out what you're going to prepare, so you can make the necessary plans for getting ingredients, plus prep and cooking time, you'll end up looking at the clock, giving up and ordering out. Make a menu for the next week or two before every grocery shopping trip, find a recipe and make sure you either already have or have listed the ingredients for everything.


4. Alcohol is expensive. Especially good alcohol. Especially if you buy it by the drink. A fifth of Jack runs about $25 from wholesalers; most liquor stores will sell it to you at between $35 and $40, especially if your area is a mix of dry and wet counties (so supply is reduced), so you're paying a $10-$15 hit at retail. That's not as bad as the restaurants; they can get about 17 shots out of that fifth, and pay wholesale prices plus state taxes on liquor for by-the-drink consumption (typically a little worse than for personal use). That means their cost per shot is about $1.50. Depending on where you get it, a single Jack and Coke will cost you between $5 and $8. If you're about saving money, learn to be happy without happy hour. 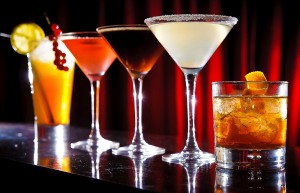 5. Know what store brands to buy and what to avoid. In most cases of basic "commodity" foods, such as bread, condiments, milk, meat, juices etc, the store brand is virtually identical to any name brand. There are sometimes some recipe differences that produce a noticeable taste difference, and if that difference is objectionable to you in some cases, I won't discourage you from sticking with the name brand (there are some things I myself am a stickler about, such as Velveeta Shells & Cheese versus the blue box), but always at least consider buying Malt-O-Meal's version of a breakfast cereal, or going for the store brand milk over Borden.


6. Organic is going to cost you. Despite the marketing, farmers don't grow organic because it's better for their consumers or the environment. They grow organic because the gross margins improve by about 10,000 percent over non-organic, and that's the only way smaller farms can compete with big produce conglommos. There are a lot of myths about clean living and organic foods; the reality is that between you buying, bagging, storing, prepping and cooking it, by the time you put the food on the table, you will likely have done more damage in terms of nutritional content loss and byproduct contamination than the farmer ever did growing it. So, think very carefully about why you're buying organic, especially on a budget.


7. Know what to buy in bulk and what not to. Shelf life vs estimated consumption time is the key deciding factor. That big jar of spaghetti sauce looks like a great deal, until you see the fine print: "After opening, keep refrigerated and use within 7 days". If you're not making pasta for 4 people at least twice in one week, you will never use that much before it goes bad. Be wary of bulk spices; you're not running a professional Italian kitchen, so you're not putting a quarter cup of basil at a time into large pots of sauces. Some spices like rosemary and crushed red pepper are used sparingly even in large dishes, as they're very powerful flavors. These spices have a shelf life; most professional cooks and foodies say to throw out your spices after 6 months and buy fresh. I don't follow that, but I do have warehouse club containers of parsley, basil, oregano and whole peppercorns that were bought to prepare dishes for visiting girlfriends in my first bachelor apartment back in 2005, and aren't even half-empty today now that I'm married 3 years with 2 kids. At some point they really will be unusable.


8. Be VERY careful in warehouse clubs. A corollary of the previous point is that very, very few things available for sale in a warehouse club are worth it for a single person living alone. First off, the prices actually aren't all that great in many clubs; they're taking advantage of the conventional wisdom that buying in bulk is cheaper, to sell you extremely large quantities or volumes of products that you aren't used to pricing, much of it either premium-brand or a store brand that still works out more expensive per unit than a grocery store brand. In addition, everything about those stores is specifically designed to make you go "ooh, I didn't know I needed that, but I do" and put it in the cart. The upshot is that unless you have a definite plan and you stick to it closely, even if you end up using it all before it spoils or otherwise goes bad, you spend a lot of money you weren't planning on.


9. Save your leftovers. What you don't eat now, you can eat later. Be careful viewing the last little bit as unworthy of saving; if nothing else it can a side dish for a bigger leftover.


10. Eat your saved leftovers. Most people are pretty good at following the previous point, unless the meal was a total disaster. However, most saved food ends up being thrown out anyway after spending six months in the fridge. Label and date yourleftovers, and schedule a leftover night.


11. Schedule a splurge meal every once in a while.

All dirty dishes and no bacon-wrapped oysters makes Jack a dull boy. It's OK to eat out every so often, either as a treat for a special

occasion (including that it's Friday) or just to shake things up. How often, and where, is a question only you and your budget can answer. 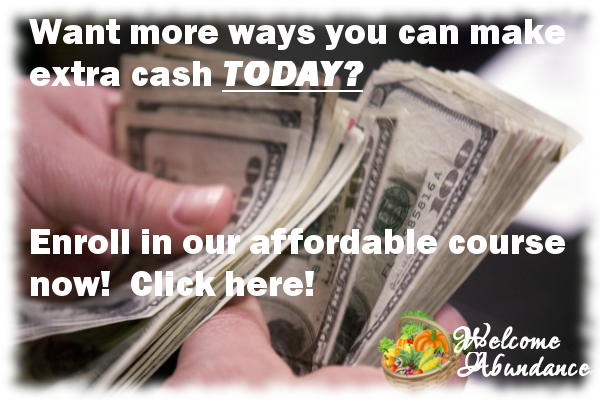 Tagged with: food budgeting, grocery budgeting, how not to overspend on food, how to budget groceries, how to make a budget, how to spend less on food 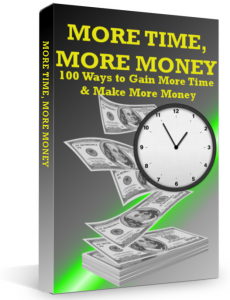